Huawei is going to end the year on a high note with its new flagship Honor V10 set to be released soon. Below the camera setup sits the rear fingerprint sensor.

Stay tuned to GizBot for more updates! There's a 8-megapixel selfie camera that can alter the profundity of field.

Huawei is now the third largest smartphone manufacturer and it constantly releases new gadgets. The Honor 7X continues that tradition by putting a tall-and-narrow 5.93-inch display in a 5.5-inch metal unibody (available in sleek black, blue, or gold). It will have Huawei's Kirin 659 octa-core processor, 4 gigs of RAM, expandable storage of 64GB and runs on a 3,340mAh battery. You can also expand the storage on the phone up to 256 GB by using a microSD card slot (you will have to sacrifice a SIM SIM slot, though). Cost new Honor V10 will be $450 or $500 with a 64 or 128 GB of ROM, respectively, that is, it will be cheaper than even the recently announced OnePlus 5T. If you are likely to purchase this phone in the short, you would get three color choices to choose from. But while many companies are taking a dip in the stock Android sea, it seems like Honor is content with a sunbath and a tanned skin. The rear-facing cams come with 16 and 2MP sensors capable of neat Portrait tricks, with the pre-installed EMUI 5.1 OS sadly based on aging Android 7.0 Nougat.

The connectivity options on the device include Wi-Fi, Bluetooth, GPS, 3G/4G, FM Radio, and USB 2.0.

While the exact price is yet to be declared, the phone was earlier launched in China at a starting price of 1,299 yuan (approximately Rs 12,800). If priced competitively, the 7X could trouble the likes of the Xiaomi Mi A1 and Moto G5S Plus thanks to its premium looks, good build quality and vivid edge-to-edge display. 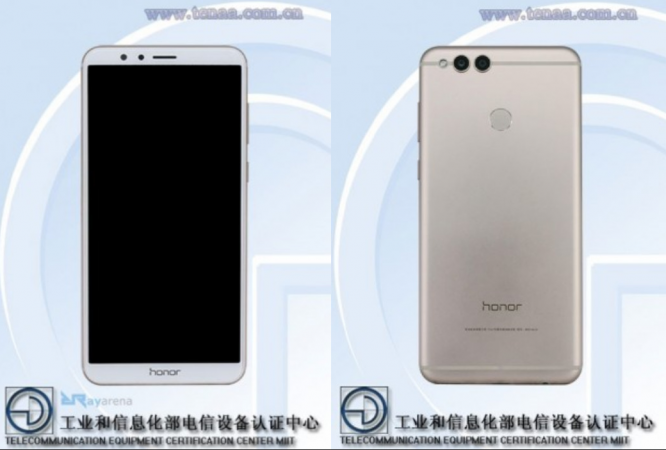